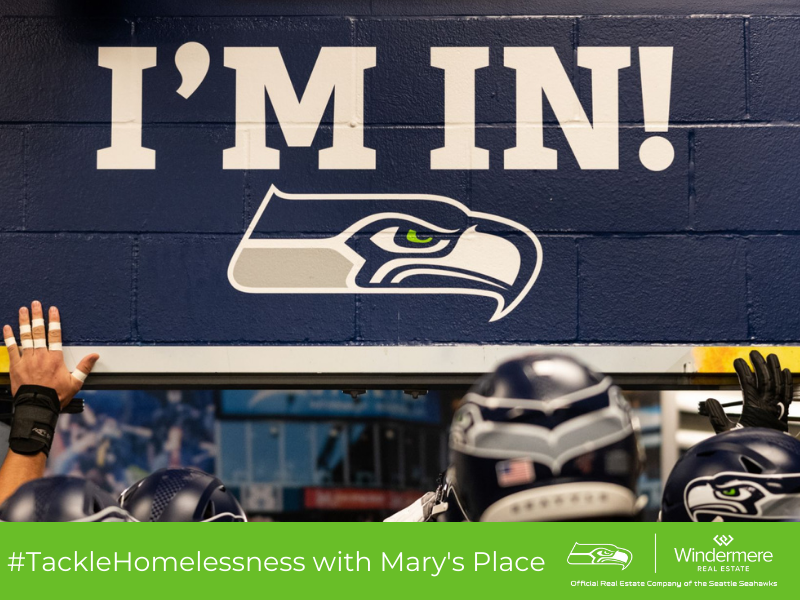 Windermere and the Seattle Seahawks partnered for the fifth season to #TackleHomelessness, raising money for Mary’s Place, a local organization dedicated to supporting families in the Seattle area on their journey out of homelessness since 1999. For every defensive tackle made in a Seahawks home game this season, Windermere donated $100 to Mary’s Place.

As the “Official Real Estate Company of the Seattle Seahawks,” Windermere is proud to announce that this season, the Seahawks defensive efforts raised an additional $32,100, bringing our five-season total to $160,300.

The #TackleHomelessness partnership is in harmony with the mission of the Windermere Foundation—to support low-income and homeless families throughout the Western U.S. Since the Foundation began in 1989, we have raised over $43 million for those in need in the communities where we work, live, and serve.

For more information on the Windermere Foundation or to donate, visit Windermere.com/foundation