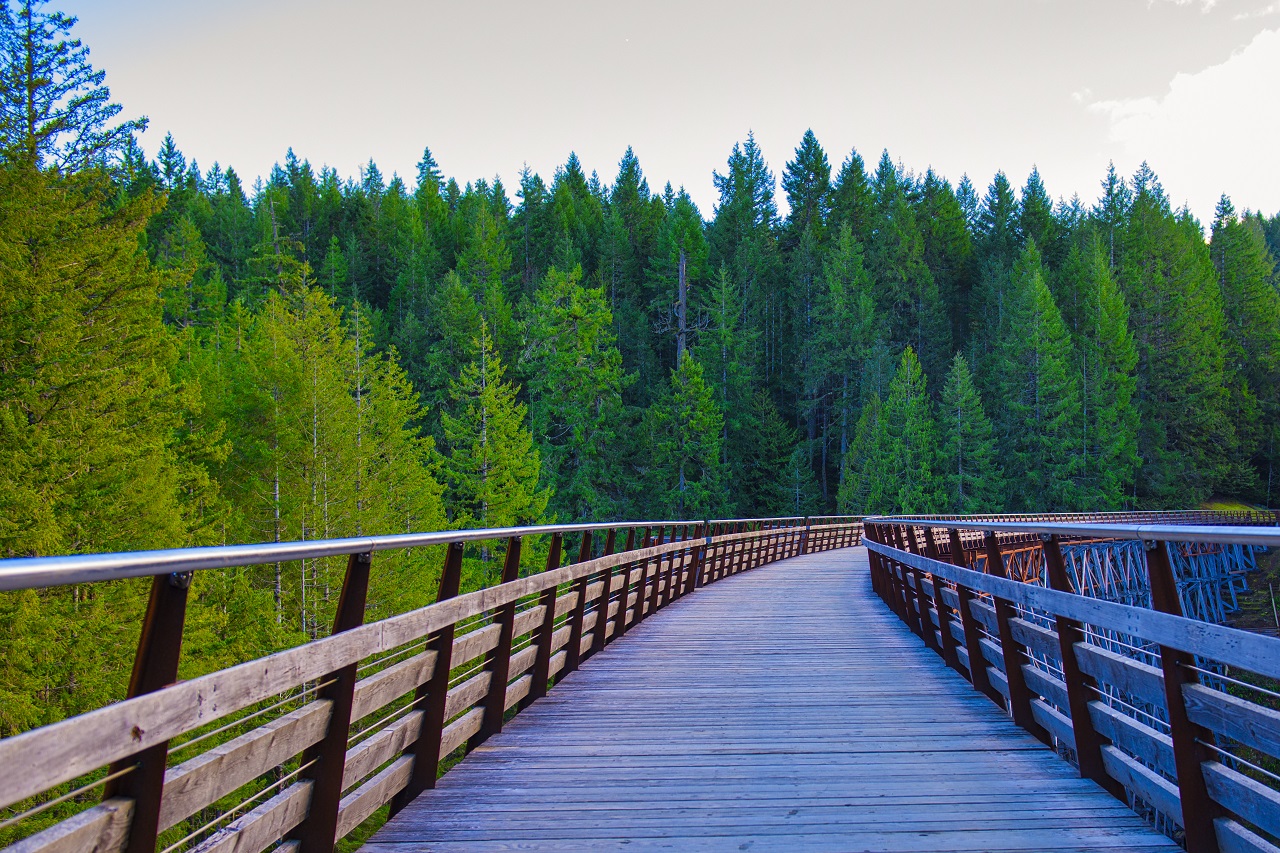 Along with the convenience offered by the highly anticipated East Link Light Rail system, residents on the Eastside will soon have a new walking and cycling trail to link up multiple cities and transit stations — aptly named the Eastrail. The trail will offer cyclists and pedestrians skyline views of Bellevue, thanks to the inclusion of the historic Wilburton Trestle in a segment of the trail.

The 1,000-foot trestle segment is 100 feet tall and over a century old, having been built in 1904 by Northern Pacific Railway and owned by King County since 2013. In addition to the scenic views, the segment of the Eastrail containing the trestle will also connect to other regional trails, adding to its 42-mile length.

Eastrail will connect various Eastside communities, serving as a North-South spine within the Leafline trail system that connects King, Pierce, Snohomish and Kitsap counties. Eastrail itself will span from Renton to Snohomish and will connect with four light rail stations.

The trestle and the nearby Wilburton Trail segment are set to open in 2024. King County Parks has partnered with the Washington State Department of Transportation and plans to open another 2.5-mile segment of the trail this fall. This segment will connect Renton and Bellevue, and will feature three waterfront parks along Lake Washington.

This article was originally posted on 425 Business by John Stearns and GettheWReport.com

Related Articles
Community Fifth Season of #TackleHomelessness Raises $32,100 For Mary’s Place Windermere and the Seattle Seahawks partnered for the fifth season to #TackleHomelessness, raising money for Mary’s Place, a local organization dedicated to supporting families in the Seattle area on their journey out of homelessness since 1999. For every defensive tackle made in a Seahawks home game this season, Windermere donated $100 to Mary’s Place.   […]
Community The Seahawks and Windermere Team Up Again to #TackleHomelessness   As the “Official Real Estate Company of the Seattle Seahawks,” all of us at Windermere are proud to kick off our fifth season of partnering with the Seahawks to #TackleHomelessness. For every defensive tackle made at a Seahawks home game this season, Windermere will donate $100 to Mary’s Place in support of their mission to provide […]
Community Windermere Foundation Has Raised over $825,000 This Year! Image source: Shutterstock   The first half of 2020 has brought uncertain times and unprecedented change, and across our network, our agents and offices have rallied with their communities through the challenges of the COVID-19 pandemic. We’ve seen offices come together in support of their neighbors by providing meals to frontline workers, donating to local food […]